Everything we know about the expected GTA 6 in 2022

Every self-respecting player is waiting like rain for GTA VI. The enormous success of GTA 5 and its multiplayer variant (GTA Online) has further raised the popularity of the Rockstar saga.

A few months ago we were able to enjoy GTA The Trilogy Definitive Edition , a remastered compilation that included GTA III, GTA Vice City and GTA San Andreas… and it didn’t turn out as expected.

So that means that currently GTA Online and the next-gen versions of GTA V (coming out this year) are the main strongholds for the series, with the sixth installment on the horizon.

You should know that the development of GTA VI is being somewhat bumpy, and everything indicates that it will not be officially announced this year. We will also talk about this in this report.

But one thing is clear: GTA 6 exists and has been in development for years, presumably for PS5, Xbox Series X|S and PC . There is no doubt that Rockstar will make history again with this title… we’ll see if for better or worse.

If you are looking forward to this title and can’t wait to find out more, here is Everything we know about the expected GTA 6 in 2022: rumors, setting, characters and much more.

Confirmations, rumors and everything we know about GTA VI

Grand Theft Auto VI is the sequel to the successful GTA V, which was released in 2013 for PS3 and Xbox 360. Versions aside (it also came to PS4, One, PC and now next-gen consoles), we still don’t know if It will be a direct sequel.

What seems quite clear (based on information from Jason Schreier) is that GTA 6 has been in development for a few years, and it would reach PS5, Xbox Series X | S and PC.

Just don’t expect to see it in stores any time soon. The development of GTA 6 is being somewhat chaotic and Rockstar would be preparing several smaller-scale games to satisfy the hunger of the fans.

GTA The Trilogy was one of these “appetizers”, and there is already talk about a Red Dead Redemption remaster or a complete remastering of GTA IV and its DLC . Of course, Bully 2 seems to be buried.

According to one of the most recent rumors (for now, that’s what it’s all about), GTA 6 would be postponing its announcement so as not to disappoint fans. When will it be time? Well, surely, it will not be this year.

Next we are going to review some information that has been revealed around GTA 6, which is said to return to Vice City, with new characters, plots and all the charm of the saga .

He triumphantly returned from Vice City 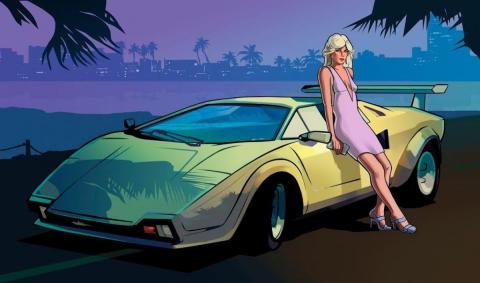 One of the strongest rumors around GTA 6, and that would be a great joy for all fans. If GTA 5 was set in Los Santos and its predecessor in the remembered Liberty City , this sixth installment could return to a very special place…

Indeed, we are talking about Vice City. The legendary city that gave its name to the 2002 GTA (also to the spin-off for PS2 and PSP) would repeat in this sixth installment, although with some changes.

Much has been said about the plot structure and locations that GTA 6 will follow. It is said that Rockstar will implement what they learned in Red Dead Redemption 2, even with several timelines.

It is already known that the setting is a key factor in GTA games. According to various rumors, Vice City will be the main gear of GTA VI, but not necessarily during the 80s .

For example, a recent rumor states that this title will be set in a current Vice City, with elements as representative (today) as bitcoins. That is, it would follow the trend seen in GTA 5.

Of course, it might not be the only location of the game. A 4chan leak suggests that the GTA 6 map will be divided into four zones: three land masses and an archipelago of islands (Caribbean Islands) . Do you like The Godfather or Narcos? If so, surely the story and situations of GTA 6 will drive you crazy. It is not confirmed, but the sixth installment of GTA could rescue elements of both IPs.

The strongest rumor introduces us to Ricardo, a 34-year-old Italian-American who wants to move up in the drug business in Vice City . In addition, there is talk about a time line in which we would control his father.

This is called Project Americas, a compilation of rumors that sounded very loud a few months ago. The plot of GTA 6 would also take us through areas of South America and other locations.

Hold on, because curves are coming. It is said that GTA 6 will have a forked plot (as in the sequel to The Godfather), with Ricardo’s story during the 70s/80s and his father’s plot, set 20 years earlier.

Fans of the saga can look forward to the return of several key characters. One of them could be Martin Madrazo, whom we saw in GTA 5, who here would be a powerful drug trafficker in Mexico.

What about plot features? Well, a recent leak suggests that the immersion will be increased, with a hybrid structure between what is seen in Red Dead Redemption 2 and Max Payne 3 (another Rockstar game).

We come to the key aspect about GTA 6. When will it go on sale? Well, sorry, you’re going to have to wait a few years… at least according to the information available to date.

Recently, a possible two-month delay in the development of GTA 6 was revealed, which was paused during the year 2020 due to various internal problems .