Sony has made a move during the Games Developers Conference 2010 in San Francisco. Its motion control already has an official name and has been shown to developers, clients and the general public.

Under the name of PlayStation Move , this device is now a somewhat more complex system than what we saw during the past E3 in Los Angeles. What’s more, now both the similarities with the Wii control emerge, as well as the excitement of knowing that its real possibilities are yet to be discovered. 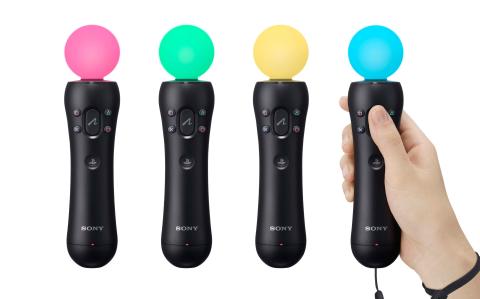 For decades, games have been controlled with a control pad, although if we go back further, we can find joysticks, trackballs , mice, keyboards, etc. They all have the common denominator of resorting to mechanical elements to indicate to the game, through a button or a key, the movement that we want to make. But what happens when the movement of our body is itself an order to tell the character what we want to do?

What is clear is that it was Nintendo that struck first. Wii changed the perception of games and downplayed technology, graphics, engines , shaders , resolution and vertex to put all the focus on the control system. Wii came on the market with a controller that reproduced on the screen, and with chilling precision, the same movements that we could make with our bodies. It was a revolutionary discovery and so basic that any user could learn how to use it in microns of a second. The movement had reached the control systems of the consoles.

Sony also tried to respond from the first moment. Proof of this is that when Wii already showed its potential and PlayStation 3 showed its paw at E3 2006, those responsible for Sony were quick to remember that its Dual Shock would allow games to be controlled with its accelerometer. Well, it wasn’t bad as a resource to try to stop the initial crash, but comparing Sony’s system with the Wii’s was like saying that the difference between a Ferrari and a Seat 600 is only in the feel of the clutch pedal. Come on! It was clear that Sony was interested in this area that Nintendo was exploiting, a lot.

What is PlayStation Move?

PlayStation Move is basically an accessory. This, which would be endorsed by Perogrullo himself, is important because the adjective accessory really means optional . In other words, even if you don’t have it, you will continue to enjoy your PS3 and its games, but the developers will not be able to count on you to experience new sensations in the titles that are already being programmed. It is to be imagined that, although a large catalog appears for the launch, many previous titles will be updated for this control system, so it will be possible to rediscover old games that will have a second chance a few years later.

The PlayStation Move architecture includes two controllers, one for each hand, that differ in both design and functionality. One of them incorporates a ball that changes color depending on its state and that is detected by the camera that is connected to the console. The other incorporates an analog stick and a digital crosshead. These offer control in line with that of regular PlayStation controllers, along with some buttons and a trigger. Practice will lead us to use one or both of them, depending on the game, or two identical peripherals depending on which titles. The needs vary depending on the effect you want to achieve on the player, since participating in a boxing match is not the same as trying our best shot in the next Electronic Arts Tiger Woods . The most important piece, the camera

But in view of the materials that Sony has distributed, there is an element of the Playstation Move system that has gone unnoticed because, it must be remembered, since it is an accessory, the console is not prepared, per se, to detect any movement . This is the PlayStation Eye camera, which is responsible for capturing the movement of the other two sticks and, more specifically, the illuminated ball. Thanks to it, it translates our jerky movements in our living room into specific orders that we can enjoy on screen. The versatility, according to its creators, of PlayStation Move is such that it has been claimed that the product allows you to control strategy games more naturally and accurately than a PC mouse. What can we expect?

We have been in San Francisco and we have been able to see live what Playstation Move offers. We have been really impressed and, as we always say, it will be the games that dictate the usefulness of this accessory. Sony has developed a great control system that, hopefully, will not make you forget about our beloved Dual Shock of a lifetime either. Not surprisingly, there is a sector of PlayStation 3 players who do not see themselves swinging their swords for three hours straight in a so-called real game . That is, a Final Fantasy XIII , a Metal Gear Solid 4 or a Bioshock 2 .

Once Sony’s cards have been discovered, the next movement that remains is that of Microsoft and its Project Natal: concepts similar to PlayStation Move, but a significantly different staging since, except for breaking news, it does not use such cumbersome sticks. We will see how they all work, what games they bring us and if party fashion in the living room spreads like a virus. Attention we are!!