Disney Plus is a new streaming platform that brings together the most successful content from the Disney, Pixar, National Geografic, Marvel and Star Wars brands. But what are the truly unmissable contents of this platform? We have selected for you the best TV series to watch on Disney Plus!

Before starting, it should be noted that the following list of the best TV series to watch on Disney Plus is not classified but numbered randomly. All the contents on this list are equally valid, especially considering the different genres they belong to. It will be up to the viewer to choose, among those listed below, the TV series that best suit their personal tastes . However, the advice is to give each of these contents a chance without being influenced by prejudices of any kind, trust me you will not regret it!

Best TV series on Disney Plus to see

Let’s find out what are currently the best TV series to watch on Disney Plus (if you haven’t already done so, subscribe now for € 8.99 a month or find out how to get Disney Plus for free). Different genres, some novelties, a lot of quality. 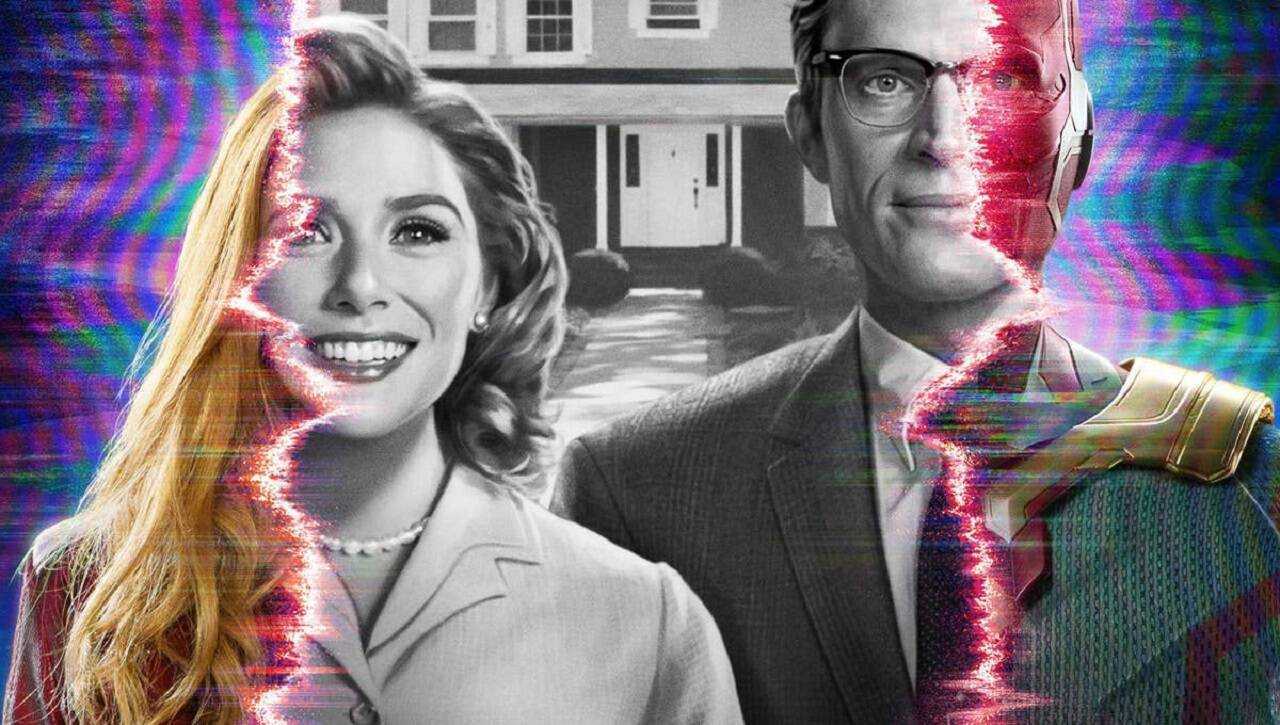 Wanda and Vision, superpowered beings, live an idyllic life. Spanning various television eras and different styles, the two try to preserve their happiness and love. But soon, they begin to suspect that everything is not as it seems.

After the death of her husband Massimo in an accident, Antonia discovers that the man was having an affair with a boy named Michele. Antonia investigates her husband’s secret life and ends up making friends with Michele and his circle of friends, who were a second family for her husband. Over time, and thanks to their influence, Antonia changes her point of view on her life and returns to love. 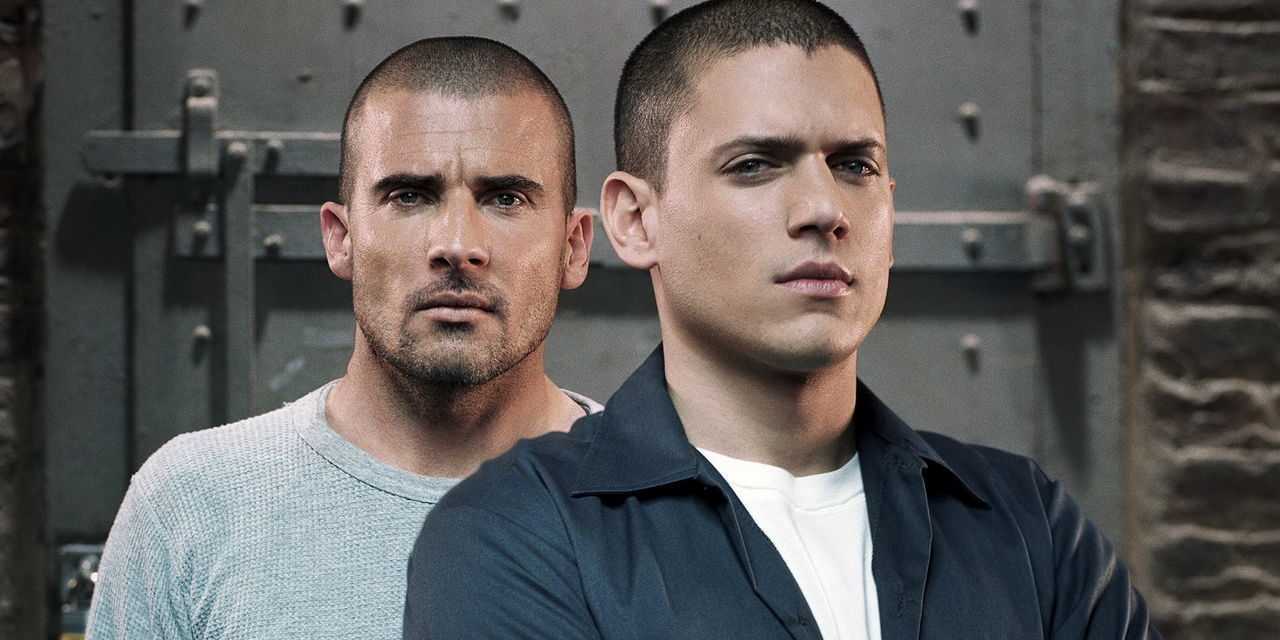 Michael Scofield decides to get arrested on purpose so he can enter Fox River Jail, where his brother was wrongfully imprisoned. His purpose is to design an escape from the inside. 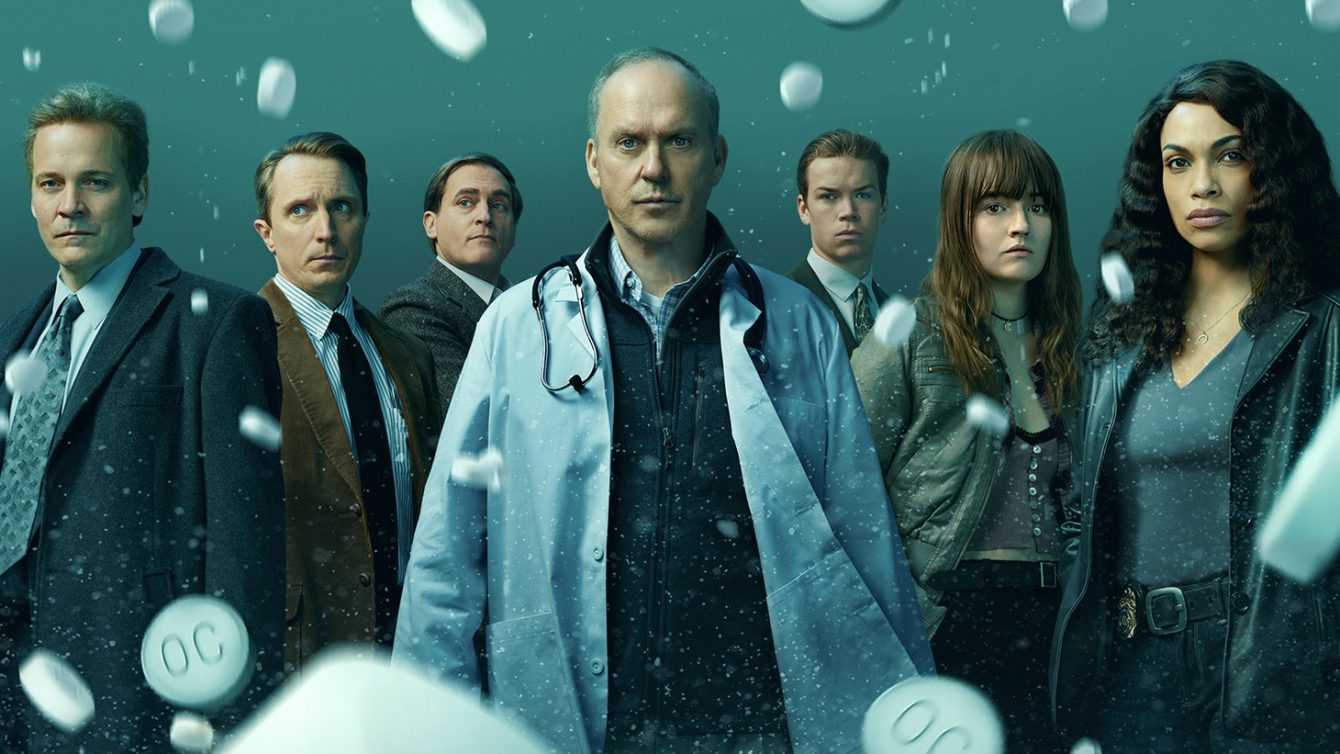 Michael Keaton is Dr. Samuel Finnix, a Virginia doctor who prescribes OxyContin to his patients without realizing the destructive effects the drug will have on those people and the entire country. “Dopesick”, in fact, tells about perhaps the worst drug addiction epidemic in American history.

10. The World According to Jeff Goldblum 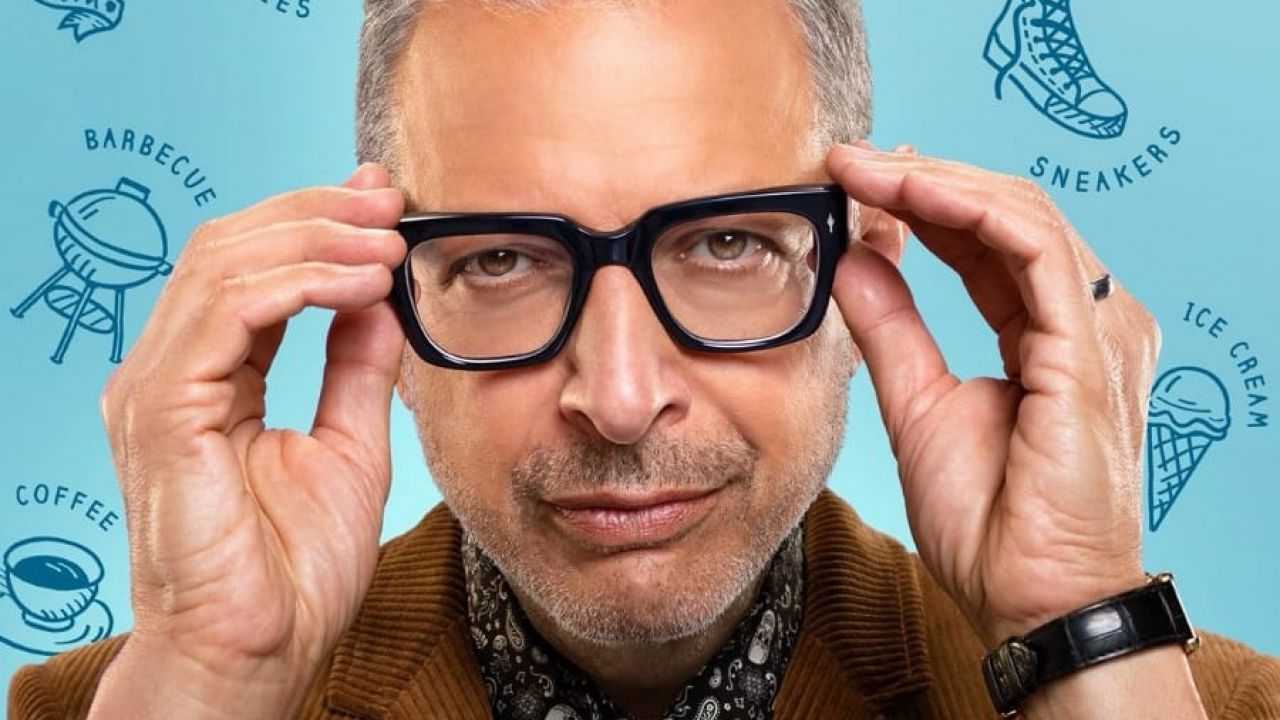 The actor of cult films such as The Big Chill, The Fly and Jurassic Park guides the spectators on a journey through the incredible stories that hide behind the simplest and most everyday things . These are “modern wonders” such as sneakers, ice cream, coffee, cosmetics and much more.

Of each product the actor will discover the history, the science, the connections. The approach is the singular and bizarre one, as can be expected from a program starring Jeff Goldblum. 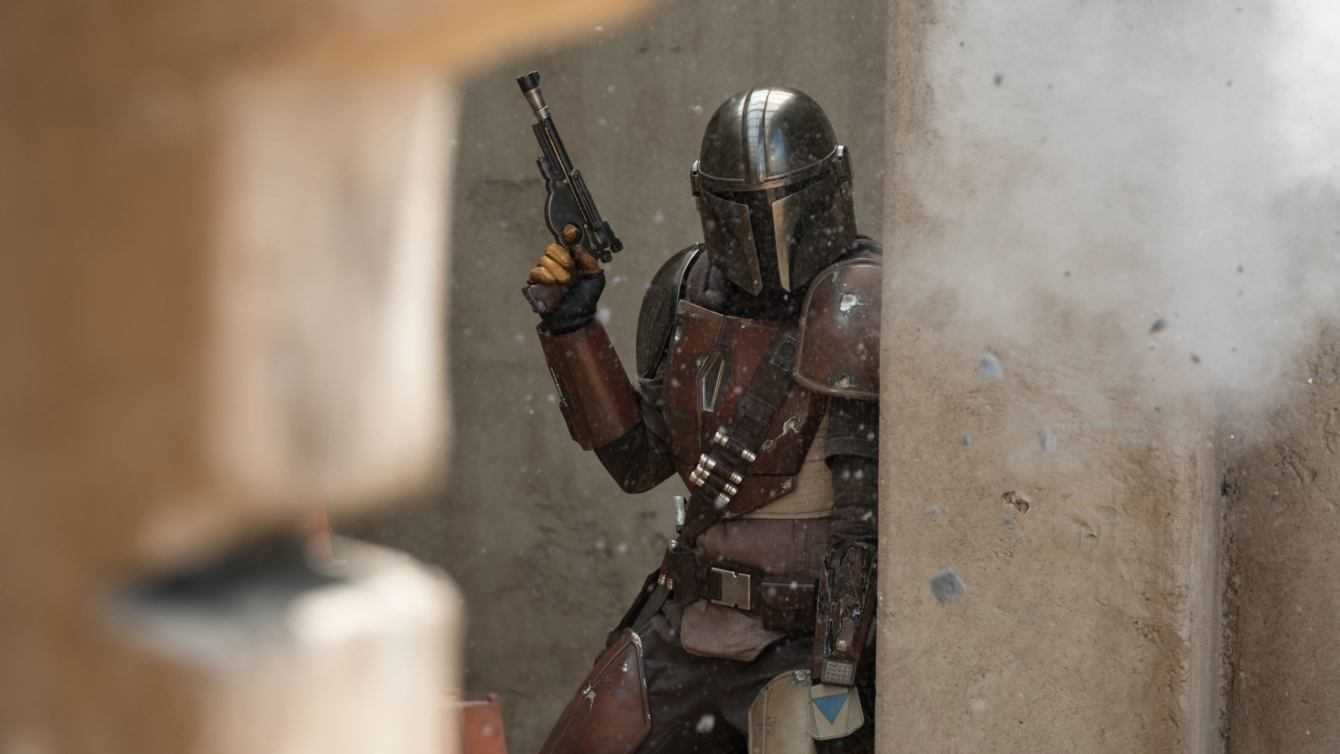 The Mandalorian is set in the aftermath of Return of the Jedi. To be precise, the events take place five years after the fall of the Empire during the Battle of Endor. The storyline centers on the adventures of a Mandalorian bounty hunter in the Outer Rim of the Galaxy.

In a SCI-FI Western setting we will see the most evocative aspects of the Star Wars setting re-propose. The Mandalorian is the first non-animated TV series set in this universe and produced by Disney. The screenplay for the series is curated by Jon Favreau .

8. One Day at Disney 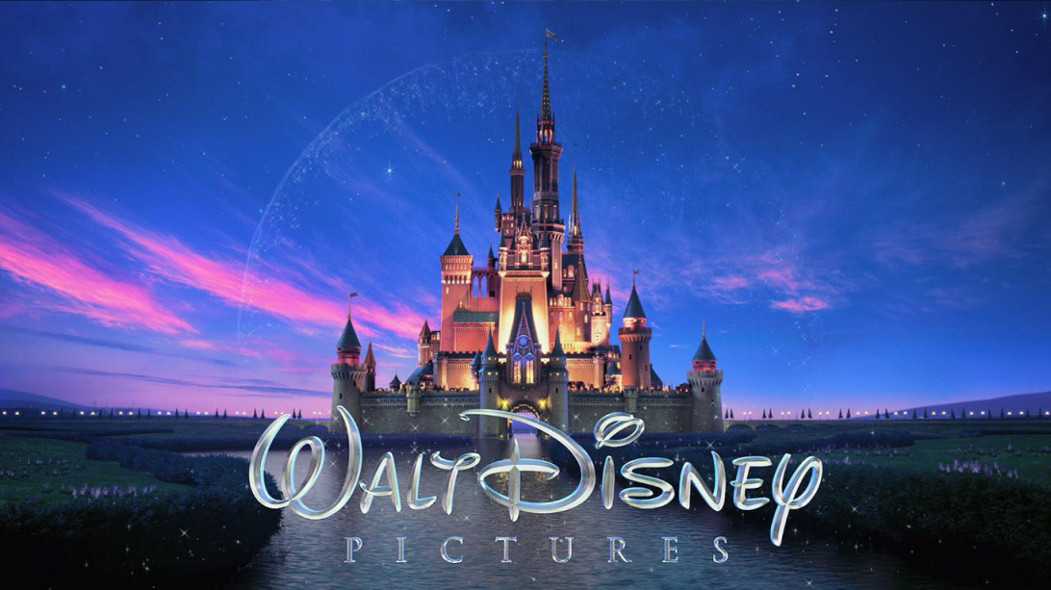 Fans through this series will be able to discover the daily life of animators, actors, sculptors, designers and all the people behind the scenes of the Disney universe . Many have contributed to the making of this special documentary including Robin Roberts, presenter and well-known face of the famous show Good Morning America.

Self-referential title for a series that wants to pay tribute to all the people who made the success of the brand possible, but who do not regularly rise to the fore.

7. Diary of a Future President 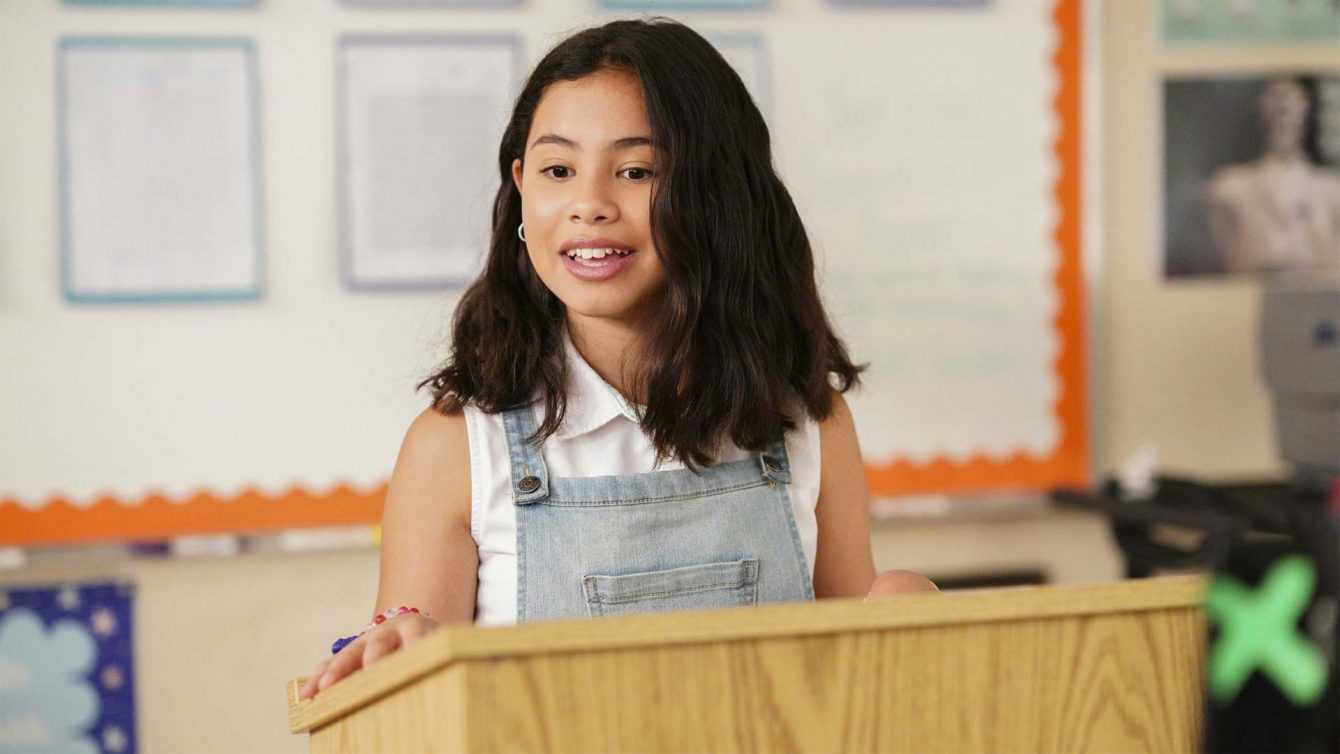 Elena is a 12-year-old Cuban-American girl who is in middle school and has to work her way through the personal and social pressures of adolescence. The narrative device is that of the girl’s diary, and the series tells of her everyday life. The whole is united by the young woman’s dream of becoming a president of the United States.

Interesting series, it can tell the American dream by a disillusioned girl. A story of growth, which never hurts. 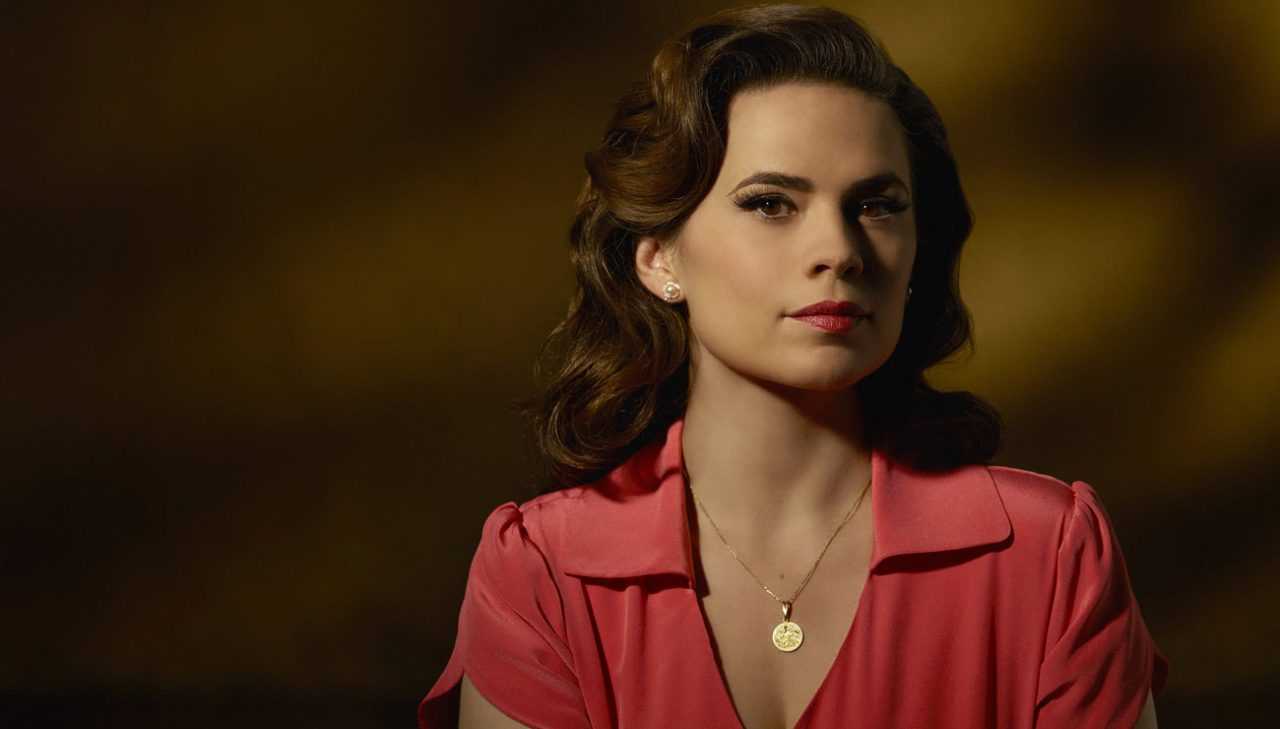 We have seen Peggy Carter in many moments alongside Captain America. The superhero story has led to their separation, but that hasn’t stopped Agent Carter, who is this time dealing with the secret Soviet organization Leviathan .

The series is definitely recommended for anyone who has loved the MCU. Fun and original, the positive reception from critics is already enough reason to give this series a chance. 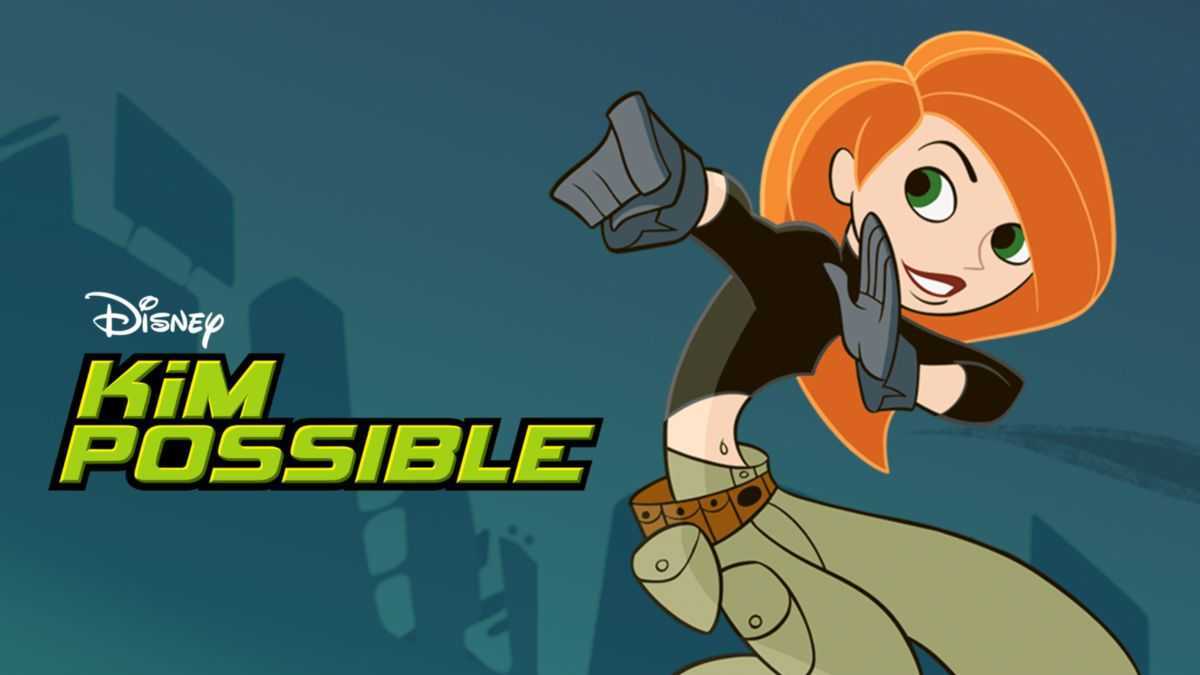 The series tells, in a comic-adventurous tone, the events of the high school student Kim Possible, who resides in the imaginary city of Middleton and, in addition to school commitments, the training of the cheerleaders and the problems from adolescence she faces every day undeterred enemies who concoct plans . to conquer the world .

Particularly interesting animation series, despite the short life. Excellent quality of animation, dialogue and, above all, characters, both positive and negative. 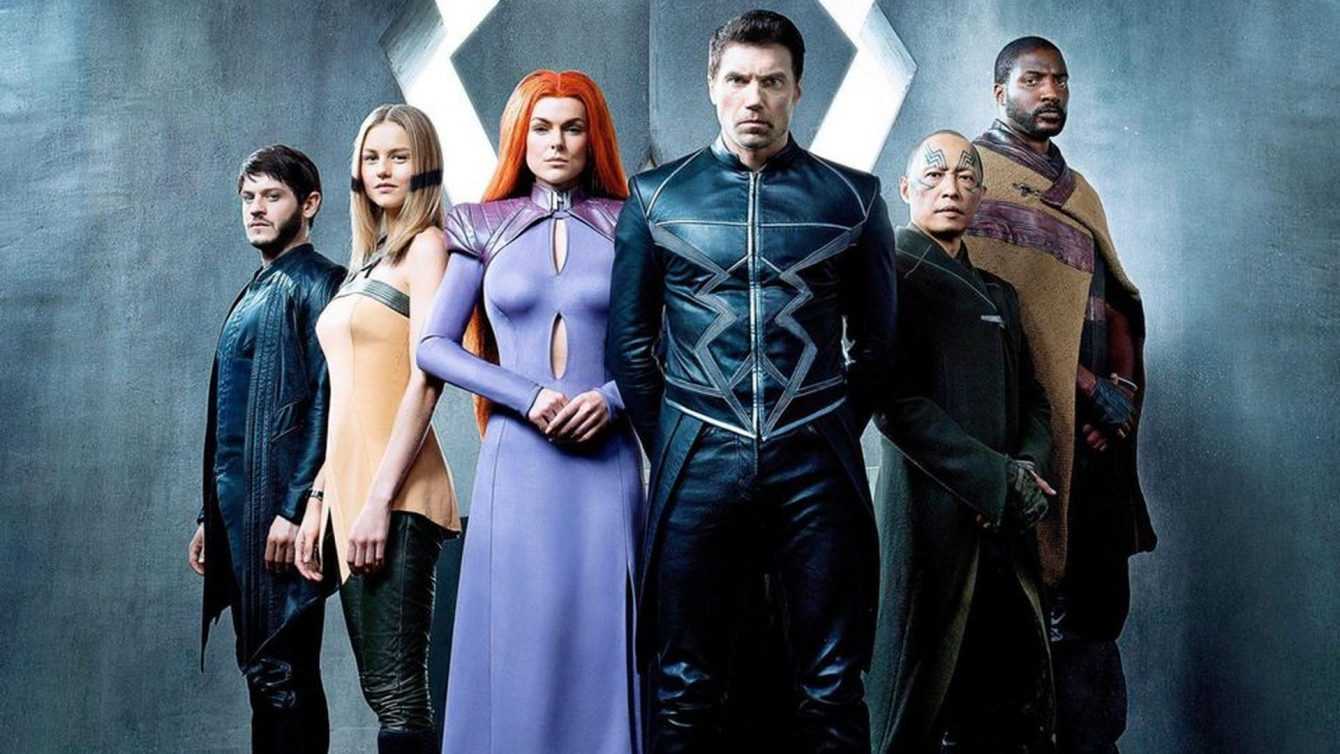 In Inhumans a royal family rules a people with special powers who live on the moon in the city of Attilan. Thanks to an advanced cloaking technology, the colony is shielded from all terrestrial satellite devices, thus making the inhumans totally unknown to humans. In the royal family they all have superpowers except the king’s brother, Maximus, who, out of jealousy, carries out a coup that forces the others to return to earth. The ousted royals will then have to regain the throne, facing a journey into space .

The series was canceled after the first season, but that doesn’t seem to depend on the quality of the series. Our advice is to give it a chance. 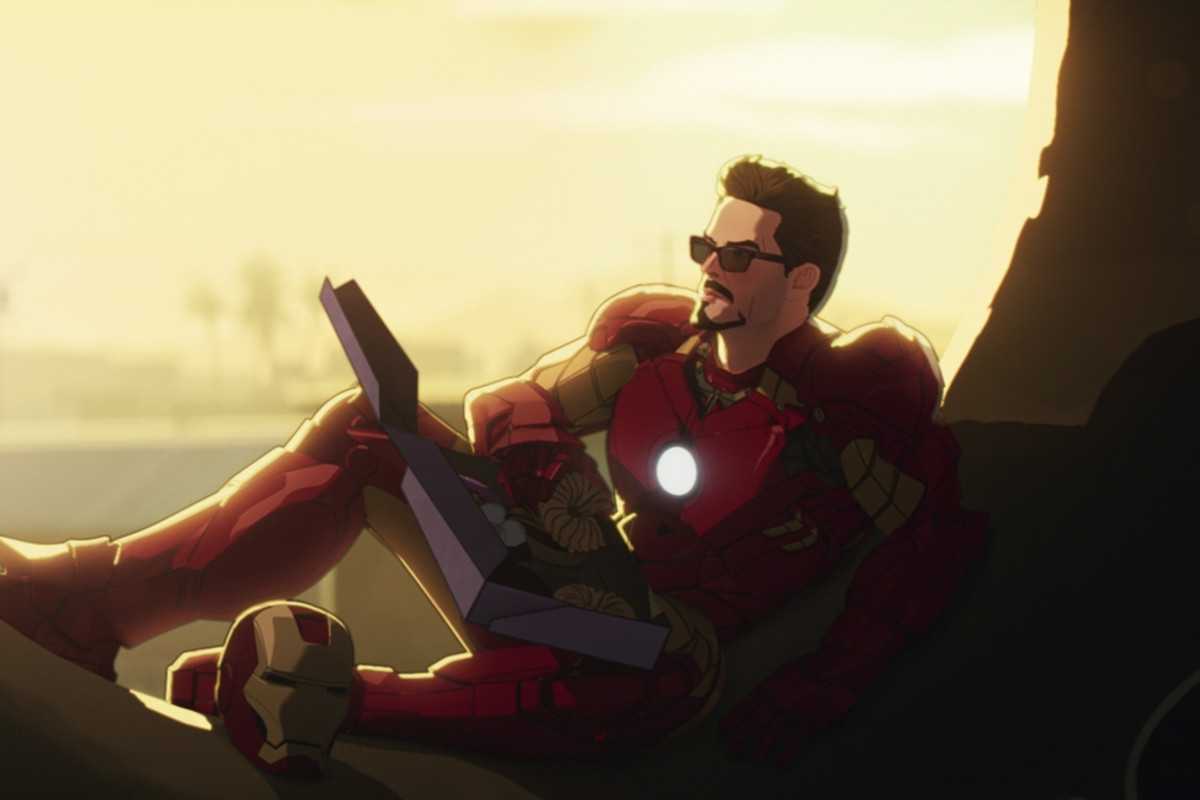 Animated by the MCU, the series is narrated by the Observer, who sees all the multiverses without however being able to intervene. In these scenarios the heroes we know are not as we know them, because a factor in their universe changes their history.

The Marvel graphics are excellent as usual, the storylines very intriguing. Overall a very good series, which organically fits into the MCU.

Documentary on the riches that the oceans hide. Craig Sechler gives his voice to divers who scan the oceans in search of shipwrecked ships, treasures, lost civilizations and natural beauty. The project is developed in twenty-five episodes in which you can discover some curiosities about the depths of the oceans and the history of those who tried to cross them. 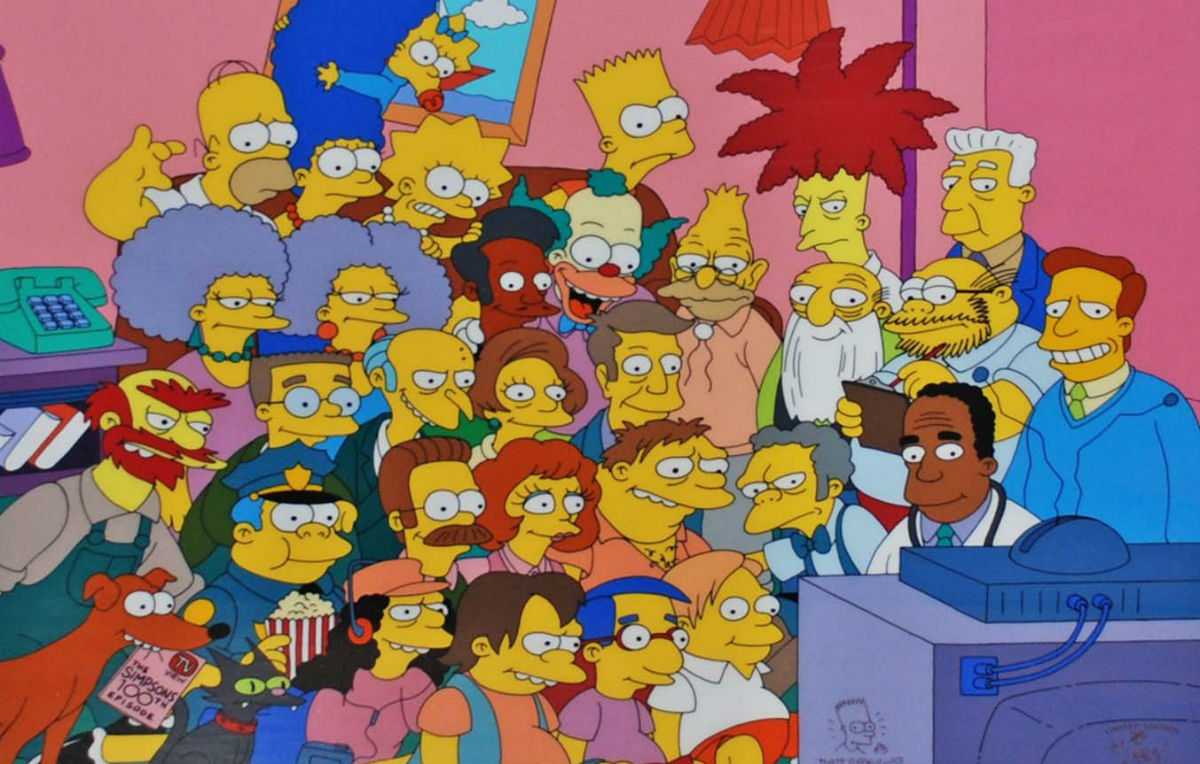 Who does not know her? The Springfield family series is certainly the most famous in the world. Created by Matt Groening back in 1989, it shows no signs of giving in to the schedules and continues its global success. An epochal phenomenon that has taken with irony the distortions and paradoxes of the United States, always giving us a few smiles.