Rafa Nadal closes the year with a new award: he has been voted Fans’ Favorite at the ATP Awards.

Curiously, and despite being one of the most admired tennis players in all corners of the world, it is the first time, at the age of 36, that he has won this award, which has been monopolized in recent times: Roger Federer had won it for 19 consecutive seasons.

The Balearic tennis player wanted to thank the fans. “It means a lot to me,” he said, apart from wishing the best wishes for 2023 .

Precisely the next course is already being prepared by the man from Manacor to continue expanding his legend after an end to 2022 with contradictory feelings. The year started in the best possible way for Rafa: he won the ATP 250 in Melbourne , prior to his second Australian Open in spectacular fashion, with an incredible comeback against Medvedev in the final. He continued to ride the wave and also lifted the cup in Acapulco and reached the final in Indian Wells, which he lost to Fritz (20 wins in a row) when the difficulties began: a cracked rib.

That discomfort kept him out for a month and conditioned the start of the European clay court tour, since he could not be in Monte Carlo or the Barcelona Open Banc Sabadell . He reappeared at the Mutua Madrid Open and went to the Masters 1,000 in Rome where he experienced a new drama: his left foot injury, which at the beginning of the year made him doubt whether or not to go to Australia, which was torture, was more obvious than ever. There were barely a week and a half left before Roland Garros began , and he went and there and made his, with a half-asleep foot, the Musketeers Cup for the fourteenth time, his Grand Slam number 22. 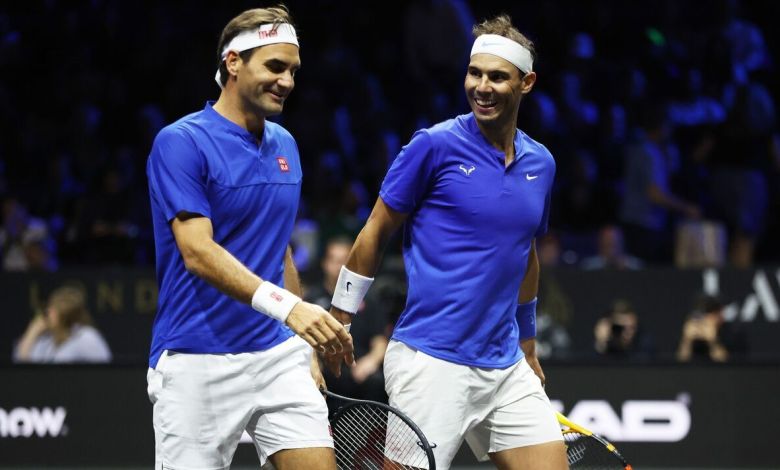 A return with doubts

From there, the problem was an abdominal tear that started at Wimbledon and dragged through to the US Open , despite having stopped. He managed to return for Paris-Bercy and the Masters Cup , after becoming a father, but he was seen lacking in rhythm. “I just need to get back all these positive feelings, all this confidence and all this strong mentality that I need to be at the level that I want to be. And I don’t know if I’m going to reach that level again. But what I have no doubt about is that I’m going to die for it,” said the lefty, explaining that it was more a matter of trust than of tennis, since in training had been very good.

There is just over a month left before the first Grand Slam of 2023 starts. It will be on January 16 with the Australian Open and Nadal is immersed in the preseason to face the title defense in Melbourne in the best possible conditions.

After the Latin American tour, Rafa is training at his Academy and already has a date for his premiere next year. It will be in the United Cup, a mixed team competition in which 18 countries compete on a hard court. Spain shares a group with Great Britain and Australia .

The tournament schedule has already been made official. And Rafa’s first game will be before the start of 2023. The number two in the world will play at dawn from 30 to 31 against Cameron Norrie starting at 05:30 in the morning . The series between Spain and Great Britain will also feature a Katie Swan-Nuria Párrizas; a Daniel Evans-Pablo Carreño and a Paula Badosa-Harriet Dart.

The United Cup is the first tournament organized jointly by the ATP and the WTA and will be held in three Australian cities (Brisbane, Perth and Sydney) from December 29 to January 8. It is the first mixed team event that will offer points in the men’s and women’s circuit. A player could add a maximum of 500 if he wins all his matches and his country wins.