Sharapova: the fall of the great emporium

Without dressing and in an austere appearance, far from the glamor and bombast that usually frames each of her appearances, Maria Sharapova confessed.

The 28-year-old Russian cited the press to announce that she had tested positive in a test carried out in the last edition of the Australian Open, in January. The announcement caused a stir in the world of tennis, in the entire field of sport, but also a concern in the commercial emporium that surrounds the tennis player with the most media coverage of the last decade.

The blow was of double magnitude. In sports, the name of another top-level figure was stained again, and economically, the Siberian is exposed to the loss of its advertising partners. The first of them, Nike, the American multinational that has supplied him with material since he was 11 years old. She then signed her first contract with the Oregon brand, which after learning of the athlete’s positive reacted withering, undoing her link with the Russian. Zero sentimentality.

“We are saddened and surprised. We have decided to suspend our relationship with Maria while the investigation continues. We will continue to monitor the situation,” the firm said in a statement. Six years ago, in 2010, Nike and Sharapova agreed to a renewal that would bring 70 million dollars (63.5 euros) to the Russian, one of the great symbols of the multinational. Times Square, Picadilly Circus or the avenues of Paris; wherever there are billboards, Sharapova could often be seen wearing her clothes. 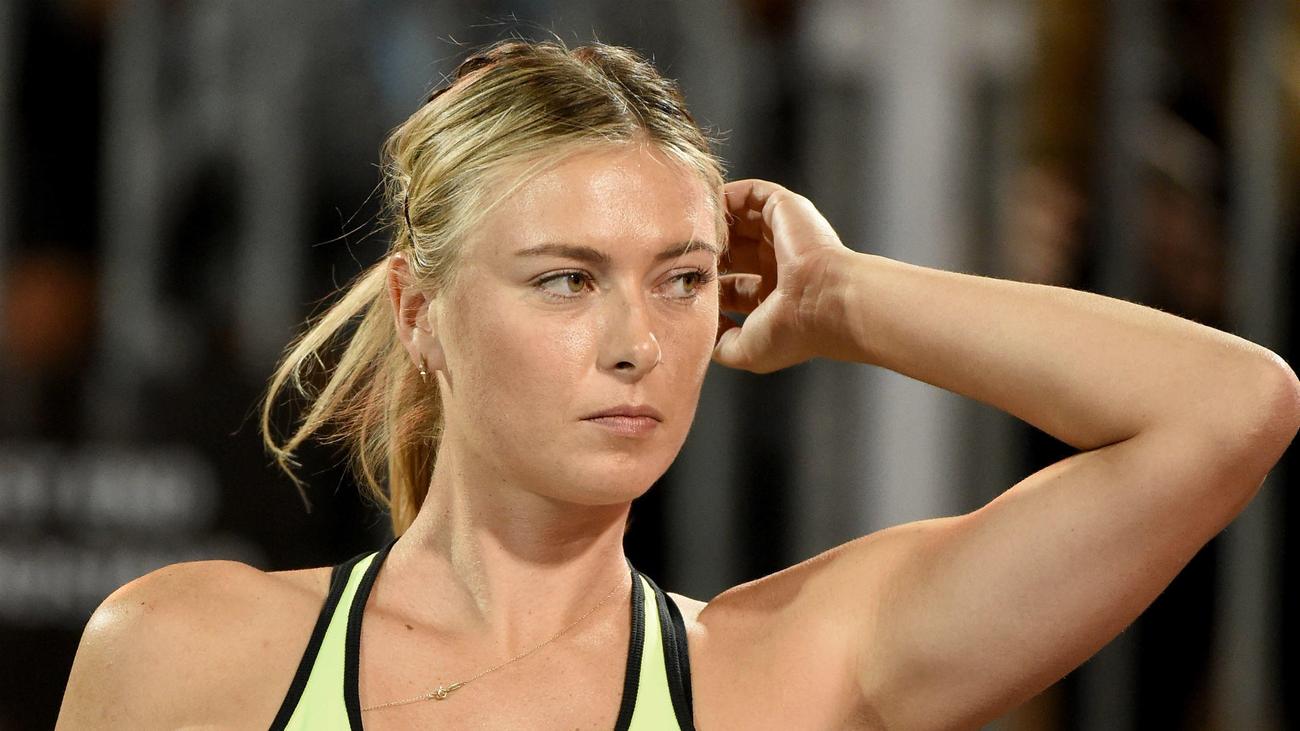 But Nike, which three weeks ago also stopped sponsoring the Filipino boxer Manny Pacquiao because of his homophobic comments – “they are worse than animals,” he said -, is not the only firm that is disassociated from Masha. This also has agreements with Head, specialized in tennis clothing and rackets, but also with other brands that have little to do with sport, such as Cole Haan (women’s shoes and accessories), Evian (French mineral water), American Express (banking), Avon and Supoergoop (cosmetics) or Porsche, the German car firm that followed the path opened by Nike on Tuesday.At noon, the company, which had also promised to support a tournament of the tennis player, held in December at the University of UCLA (Los Angeles), reported: “We are sorry to hear about Maria.Until we know more details and are able to analyze the situation, we suspend activities.” 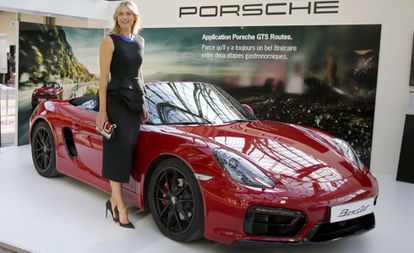 Sharapova poses next to a Porsche in Paris, last year.

Shortly before, TAG Heuer, a luxury watch manufacturer, had distanced itself from the gold athlete, with whom it began a relationship 12 years ago and which expired on December 31. Both were negotiating a new agreement, but, “in view of the situation,” the Swiss firm specified in another note, “we have suspended the negotiations and we will not renew the contract.”

Thus, Sharapova’s commercial empire, a whole marketing vein, is crumbling. Supported by an imposing physique, in her 1.88 and her blonde hair, the player born in Niagan and settled in the United States since she was seven years old closed last year (for the eleventh consecutive year) as the athlete who entered the most in the entire planet, despite the fact that today she occupies the seventh rung of the WTA ranking and that she is competitively light years away from Serena Williams, whom she has only been able to defeat twice (both in 2004) in 21 matches with the number one. In 2015, the Rome Masters was her biggest booty.

Prestigious firms such as Nike, Porsche or TAG Heuer have suspended their contracts with the Russian.

However, the Russian has a sharp financial nose that has allowed her to multiply her market value. According to Forbes magazine , in 2015 she received 29.7 million dollars (25.7 million euros), for the 24.6 (22.2) of the North American; They were followed by the Danish Caroline Wozniacki, with 14.6 (13.2), and the American pilot Danica Patrick, with 13.9 (12.5). However, Sharapova’s main economic injection does not come from the racket (6.7 million dollars, 6 euros), but from the sponsors (23 million dollars, 20.8 euros), which now, little by little they are abandoning it.

Apart from tennis, Masha is an avid businesswoman. In 2012 she created the Sugarpova company, dedicated to the sale of sweets in exclusive stores and hotels in more than 30 countries. The initial outlay was half a million dollars (450,000 euros) and it is currently valued at 20 million (18 euros).

Serena: “What he has done shows courage” 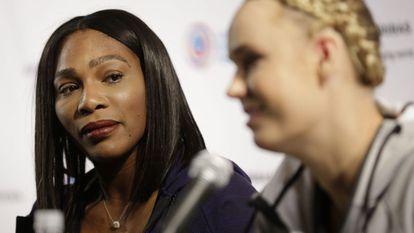 In a state of shock , tennis is amazed at the fall of Maria Sharapova, the player with the greatest media coverage along with Serena. The number one offered a press conference yesterday in New York, together with the Danish Caroline Wozniacki, and pronounced “She said that she took responsibility and that shows a lot of courage and a lot of heart, which she has always had throughout her entire career,” said the American.

Assessment that contrasts with what the former player Jennifer Capriati expressed through Twitter. “If this is proven, she should be stripped of her titles,” said the three-time major winner and 1992 Olympic gold medalist. “What’s the interest in taking a heart medication if you don’t have heart problems?” questioned the American.