The movie industry made a lot of money in Los Angeles, so it was in the city’s interest to protect its golden hen. Both police chiefs and local politicians understood this.

They never missed an opportunity to dine with producers or be photographed with stars, such photos always making a good impression on the electorate. Los Angeles County District Attorney Buron Fitts was described as completely on the payroll of the producers, while influencers in politics, the judiciary, or the press who remained oblivious to the devastating charm of Hollywood tended to be won over by the generous bribes offered by the studios, which counted before everything about their friends in high places so as not to spread scandals. 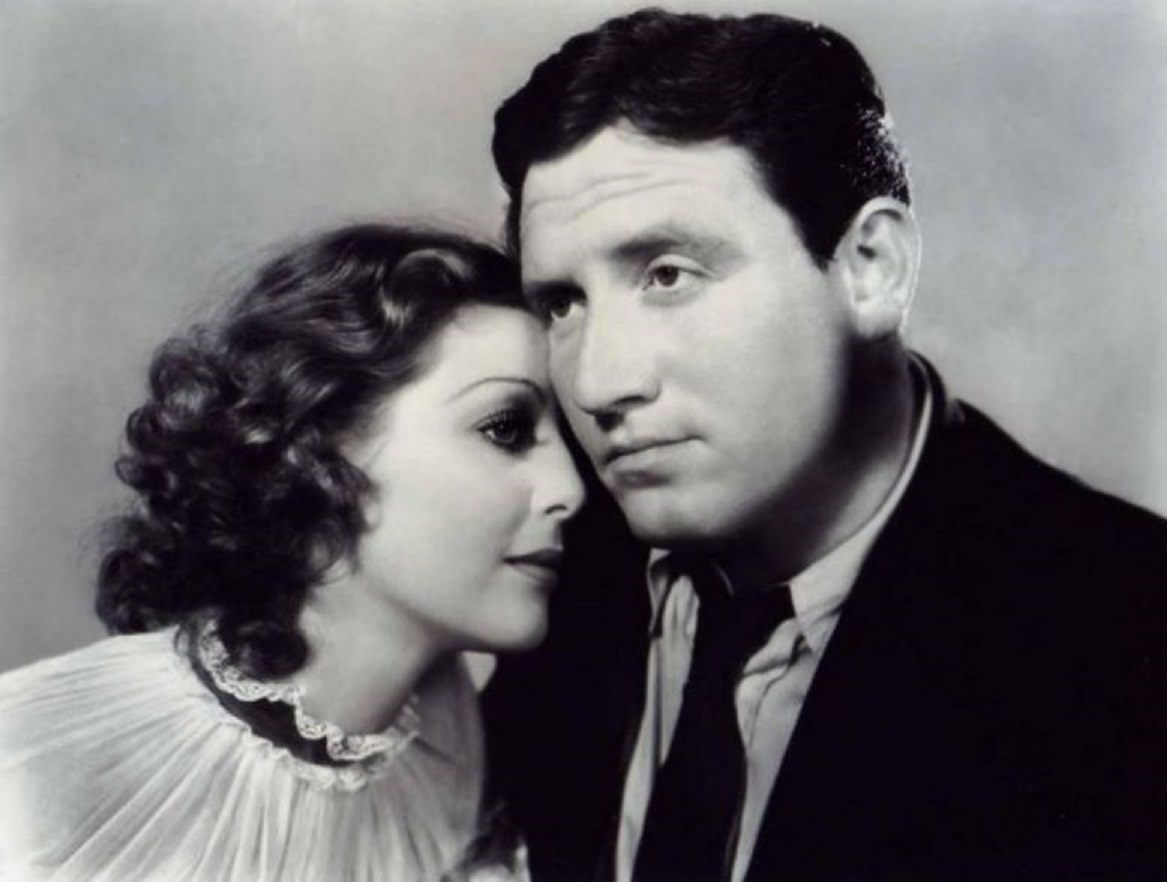 When MGM stars got into trouble, they knew the last thing to do was call the police or their attorney. No, Howard Strickling, the studio’s communications manager, was there to help. Strickling’s sprawling network allowed him to quell fights, debauchery and other suicides involving his stars. According to some of his contemporaries, Strickling was so well connected that he was even able to cover up murders. In addition to his friends in the courts, in the police and at the town hall of Los Angeles, Mr. Clean of MGM counted on his right arm, Eddie Mannix, a real gangster with a bulldog physique and many friends in the mafia. Mannix, who officially served as general manager of Louis B.

Clark Gable, with his drunken evenings and above all his repeated extramarital escapades, was one of Strickling and Mannix’s best clients. Gable had a thing for older women, but in Hollywood he began dating women his own age, much to the chagrin of his official girlfriend, Ria Langham, a wealthy heiress who was seventeen years older than he was. actor. It was his affair with Joan Crawford that caused Strickling the most headaches when Gable impregnated his very famous colleague, who was also married. When Langham threatened to expose his companion’s infidelity to the press, Strickling reprimanded Clark Gable and arranged for his engagement, not to mention having Crawford aborted. Gable didn’t care about his punishment and continued to date his mistress in secret, forcing MGM to pull out all the stops: a tour across the United States for the Gable-Langham couple, forced to announce their future marriage, and a second all-expenses-paid honeymoon for Crawford and her husband, including a motorcade departure with great fanfare through all of Los Angeles. Clark Gable also had to chain several B movies, but that did not prevent him from having other illegitimate children.

A few years later, in 1935, while traveling by train with the film crew of The Call of the Wild, Clark Gable slipped into Loretta Young’s compartment and forced the young woman to have sex with her. him. Out of shame, Young hid it, but when MGM discovered that her actress was pregnant, she sent her on vacation to England until the child was born.

Young and Gable’s daughter Judy spent the first eighteen months of her life in an English orphanage before being adoptedby Loretta. In Hollywood, few people were ready to believe that the actress was not the biological mother of the baby, especially since growing up, the little girl’s big ears looked more and more like those of her father. In order to hide this disturbing resemblance, Loretta Young made her daughter wear a bonnet in all the photos and when the little one reached the age of 7, her mother decided that she should have her two embarrassing appendages glued back together. Despite the surgeon’s warning that she should wait, because it was a very painful operation on such a young child, the intervention took place all the same at the insistence of the mother. Despite persistent rumors surrounding the paternity of Clark Gable, the young Judy discovered the truth only at the age of 23, after the death of the actor, on the eve of her wedding, and what is more from the mouth of her fiancé. Her mother was forced to confess, calling Judy awalking deadly sin .

Even the most prying of reporters have long thought Clark Gable and Loretta Young’s affair was consensual, and according to her stepdaughter, the actress blamed herself for years for the rape she had suffered, which would have explained his fierce reactions.

In the early 1940s, Mickey Rooney was famous for his ideal son-in-law roles and when he and his girlfriend Ava Gardner decided to announce his engagement to his mother before notifying his studio, Louis B. Mayer was far from be delighted. The innocence of his young first had to be preserved in the eyes of his young admirers, for whom the announcement of a marriage would only constitute a vile betrayal. Result : Eddie Mannix prepared the wedding ceremony in an isolated place in the middle of the desert, as far from the press as possible, and sent one of his executives on honeymoon with the young couple. It was not a memorable moment , admitted Gardner.

Her union with Rooney, whom she called her smallest husband and biggest mistake , was no grander.

Rooney, five feet five seven, was one of the most famous womanizers in the City of Angels, and he was proud of it. He kept a notebook in which he made a list of his conquests and described in great detail which girls were particularly good in bed. When he started to read his notes in front of his wife during a social evening, their marriage was not long in taking water… Everyone was fucking with everyone at that time, but that was not a reason to let Mick do what he wanted , confessed Gardner, who threatened to sue her husband for adultery.

MGM immediately took action, with Eddie Mannix telling Gardner that he would destroy her if she filed a complaint. Ultimately, the couple broke up over incompatibility , and Gardner received a raise thanks to his good behavior.

Organizing a union between actors could also help to dispel some gossip. When the actor Williams Haines was arrested in a compromising posture in the company of a sailor in 1933, Eddie Mannix managed to hush up the affair, but Louis Mayer, who found this homosexuality very unpleasant, decided to act and proposed a marriage of convenience to Haines. The actor refused, determined to stay in a relationship with his longtime boyfriend. Soon after, he was fired and his movie career ended, but he didn’t move from Hollywood and bounced back as a noted interior designer among the city’s stars. Similarly, Universal Pictures arranged the wedding of Rock Hudson and buxom Mamie Van Doren, another star of the studio, in a bid to put an end to lingering rumors surrounding the actor’s sex life. According to Van Doren, the studio thought that by seeing Hudson in a relationship with her, the public would think that the suspicions of homosexuality against the man could not be founded.

While he was married to singer Bobbe Arnst, Johnny Weissmuller, known for his role as Tarzan, met bubbling actress Lupe Velez. In order to protect Weissmuller, at the time a jewel of MGM, Strickling offered $10,000 to Arnst to tell him to leave in silence. Weissmuller soon married Velez, making the two stars one of the most glamorous couples of the time. But the young woman, who did not consider it useful to wear underwear, had the annoying habit of drinking a lot and lifting her skirt while swaying on the dance floor.

Strickling would have paid many photographers to prevent photos revealing Lupe Velez’s private parts from circulating. According to legend, the Mexican-born actress had a sense of staging even in death. In 1944, after deciding to end it, Velez would have liked to pass away in a posture worthy of Snow White: dressed in her most beautiful dress, she would have covered her bed with petals, then lay down, clutching a rose to her heart, after swallowing a box of sleeping pills. However, rather than putting her into eternal sleep, the pills reportedly made her sick.

Beyond the bedtime stories, Strickling and Mannix were also called upon to intervene in the case of the alleged suicide of an executive of their studio, married to the starlet Jean Harlow. When mogul Howard Hughes offered Harlow her first starring role in Hells Angels, he himself declared that the actress was as elegant as a country waitress, but as Variety magazine pointed out , no one has ever starved to death with such a physique . However, beauty alone doesn’t make it big in Hollywood, and Harlow had a sluggish start to his career until he was 21, when a 40-something MGM producer named Paul Bern asked him her hand.

Two months after the wedding, Paul Bern was shot dead in his Hollywood villa. Harlow had gone to visit her mother and it was the butler who discovered the body. Aware of the procedure, he did not notify the police and hastened to call Strickling, who arrived flanked by Eddie Mannix and Irving Thalberg, the head of production at MGM. The three men searched the house announced that they had found a note next to the body in which Bern apologized for his abject humiliation, understand: his impotence. Not everyone believed it was an actual farewell, as word spread that Strickling had found the note in the man’s belongings and passed it off as a letter. of suicide. MGM executives knew that Bern had been married to actress Dorothy Millette for twenty years, but that their relationship had ended due to the latter’s mental illness.

The evening before Paul Bern’s death, a veiled woman, possibly Millette, had gone to the producer’s house and had a violent argument with him. This track was however not pursued by the investigators and the medical examiner concluded that it was a suicide, which did not prevent many voices within the studio from affirming that it was a murder. Bern’s brother loudly claimed not to believe the suicide theory, but he fell silent after a meeting with Strickling. Harlow, meanwhile, never commented on her husband’s disappearance. A week after the incident, Dorothy Millette threw herself off the deck of a ferry in San Francisco Bay.