“Let them return to Africa”: Macron “hit” by “intolerable words” spoken in the National Assembly

During an intervention by the rebellious deputy Carlos Martens Bilongo, black and of Congolese origin, on the “drama of illegal immigration”, the deputy RN Grégoire de Fournas launched “that they return to Africa”.

Emmanuel Macron is ” shocked ” by the ” intolerable ” remarks launched Thursday, November 3 by a deputy of the National Rally and expresses his support for the deputy of La France insoumise ” insulted “, indicated Thursday evening the entourage of the head of state. “ The President is struck by these words which in the hemicycle as outside the hemicycle are intolerable. Support for the insulted parliamentarian , “said the same source. 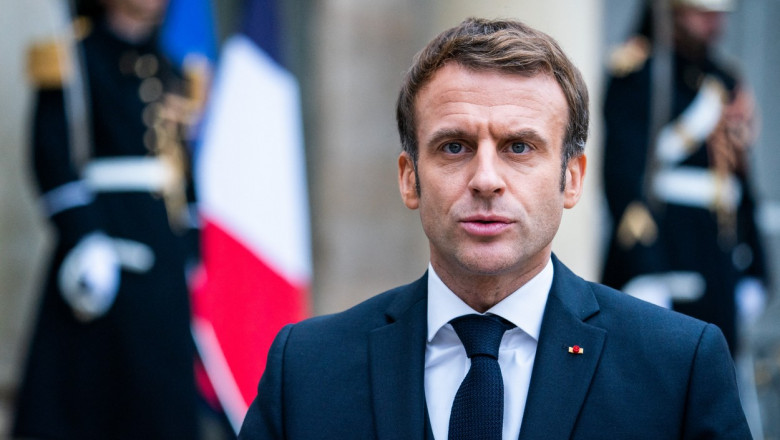 The remarks of an elected RN, deemed racist on all the other benches of the hemicycle, caused an incident of a rare magnitude on Thursday in the Assembly. ” Let them return to Africa “, admitted to having launched the deputy RN Grégoire de Fournas – several deputies claiming to have heard ” Return to Africa ” ​​-, during an intervention by the elected LFI Carlos Martens Bilongo, black, who’ s spoke about the “ drama of illegal immigration ”.

“Gravity of the facts”

This sound arrest immediately sparked a roar, leading after a few minutes of confusion to the extremely rare stoppage of the session of questions to the government. The elected RN could be sanctioned on Friday by the office of the National Assembly. The incident took place shortly before 5:00 p.m. and the President of the Assembly, Yaël Braun-Pivet, ended the session while several scheduled interventions remained, ” given the seriousness of the facts ” and ” the emotion legitimate ” of the Assembly.

Grégoire de Fournas, supported by his group, admitted to the press having said these words: “ Let them return to Africa ”. But the deputy from Gironde categorically denied any racist character, speaking of a ” manipulation of LFI ” aimed at lending him ” disgusting remarks “. “ When the deputy from La France insoumise spoke of the SOS Méditerranée boat which was unable to land on European shores, I replied ‘that it is going back to Africa’. Let him, the boat, return to Africa , ”he assured.

This Thursday evening, government spokesman Oliver Véran made two calls this Thursday evening, on LCI. “ The first call to Marine Le Pen (…): you must ask for the resignation of this parliamentarian from your group. The second appeal to my colleagues from Nupes, and in particular to Jean-Luc Mélenchon: you must no longer associate your voices with those of the National Rally whatever the conditions ”.