The 15 scariest Horror TV Series to watch on Halloween

Are you looking for the most terrifying TV series to watch on TV or stream on Netflix or Amazon Prime Video on Halloween night? Zombies, monsters, ghosts, psychos. What scares us the most? The most terrifying night of the year is the perfect opportunity to find out.

And you don’t need to go to the cinema. For Halloween just organize a horror themed evening with friends in front of the TV. What do you need? Popcorn, a few candles and, of course, a scary horror TV series marathon to see one after the other, between a trick and a treat. If you’re undecided about which one to choose, here are what we think are the best horror TV series ever.

On the edge of reality 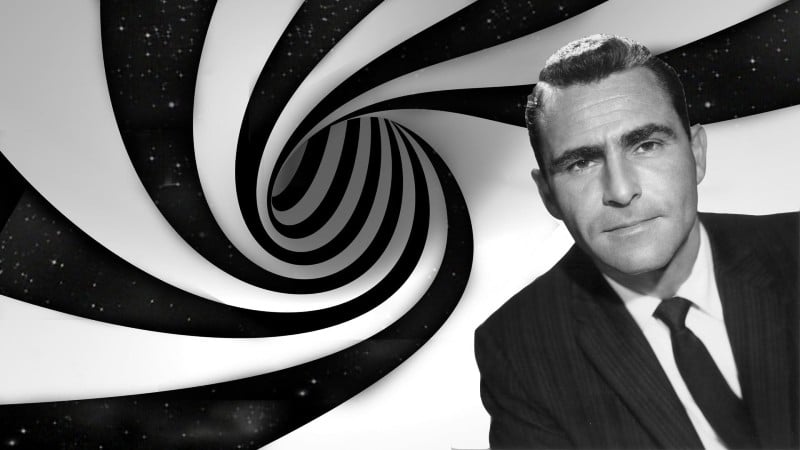 Rod Sterling’s anthology series (original title The Twilight Zone ), which first aired on CBS from 1959 to 1964, then with two revivals from 1985 to 1989 and between 2002 and 2003, was one of the first to explore the world of the unknown by paving the way for the science fiction genre also on TV and becoming a reference point for all shows of this type. Starting from the simple questions that have always questioned the human being (does infinity have a limit? What is the boundary between reason and superstition?), It also makes us reflect on the events of the era of which it is the daughter, that of the Cold War. The episodes also remained famous for their unsettling final twists that overturned the viewer’s point of view and the meaning of the whole story. The revival  streamed on CBS All Access last April with Jordan Peele in the role of narrator. Murder House , Asylum , Coven ,  Freak Show . And therefore haunted houses, mentally ill, witches, freaks and much more. These are just some of the themes covered in the 8 seasons (with a ninth coming) of the anthology series by Ryan Murphy and Brad Falchuk which has now become a cult. Each chapter features different settings and characters, although we see different actors, such as Jessica Lange, Evan Peters or Kathy Bates playing different roles over multiple seasons. The common thread that unites them all? Surely the fragility of the human being, told by exposing his fears. If you had to choose only one season to see, we would definitely recommend the second one,American Horror Story : Asylum, the most disturbing and unsettling of all. You will certainly not be able to get rid of the disturbing tune “Dominique, nique, nique …”, the song that Sister Jude ( Jessica Lange ) forces to listen to the patients of the Briarcliff Psychiatric Hospital. Who was Norman Bates before he became a Psycho? In this series inspired by the characters from Robert Bloch’s Psycho book and Alfred Hitchcock’s film, you will discover the life of the teenager, before he became a ruthless serial killer. The show explores the morbid relationship between Norman Bates ( Freddie Highmore ) and his mother Norma ( Vera Farmiga ) ending up mixing the horror genre with that of the psychological thriller. It is worth watching it even for the masterful interpretation of the two leading actors who won a People’s Choice Award each for their roles in 2016. Before being the director of the Avengers saga, Joss Whedon was the creator of one of the most beloved series of an entire generation, that of children who grew up in the early 2000s. It is the iconic Buffy The Vampire Slayer , in which an unforgettable Sarah Michelle Gellar plays a fearless teenager who fights against vampires, demons and other forces of evil. Reviewing it today, with its special effects not exactly from the textbook, she does not seem so scary, also because the fight against the creatures of evil is accompanied by stories of friendship and love and adolescent dramas. However, the stories of Buffy and her Scooby Gang have entered the hearts of millions of fans, so much so that, a few years later, they pushedAngel , centered on the character of the vampire played by David Boreanaz . The first German Netflix original production, which revolves around the disappearance of two children in the present day and the subsequent discovery of supernatural events that occurred in 1986 in the same city in Germany, is undoubtedly one of the revelation series of recent years. It is a thriller with sci-fi elements that, episode after episode (also thanks to a highly sought-after soundtrack) feeds more and more questions (why did the kids disappear? And why in this German town?) Causes more and more concern. Little known but perfect to keep you company on Halloween night, this British series was created in 2008 by Charlie Brooker (known for being later the creator of Black Mirror). In the five episodes broadcast by the English channel E4 and in Italy by MTV, it tells of an epidemic that exterminates the population of the United Kingdom turning them into zombies. The only survivors are the Big Brother contestants who will have to try to escape the disease by continuing to live in reality TV. There is a lot of splatter on the show: blood, spills of guts and dismemberments of corpses. But the greatest merit of Dead Set is to have delved deeply into the psychology of the characters, putting them in front of an absurd event, but not so much. And forcing us viewers to deal with our fears too. 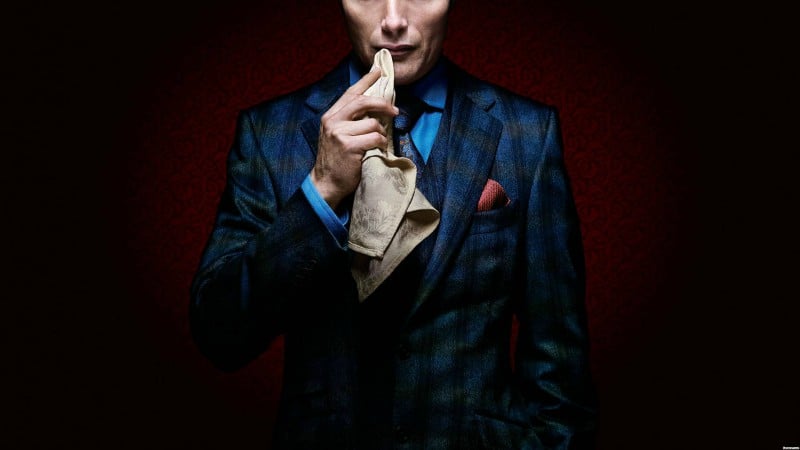 A horror that is also a detective story, with a particular photography and surprising visual effects. Hannibal brings Thomas Harris’ novel character Hannibal Lecter back to TV, a mentally impaired cannibal who also loves art and cooking. Inevitable not to cheer for the bad protagonist (played by Mads Mikkelsen ) and, looking at the succulent and colorful dishes shown in the series, not to get (strangely) hungry. So keep the Halloween treats on hand. 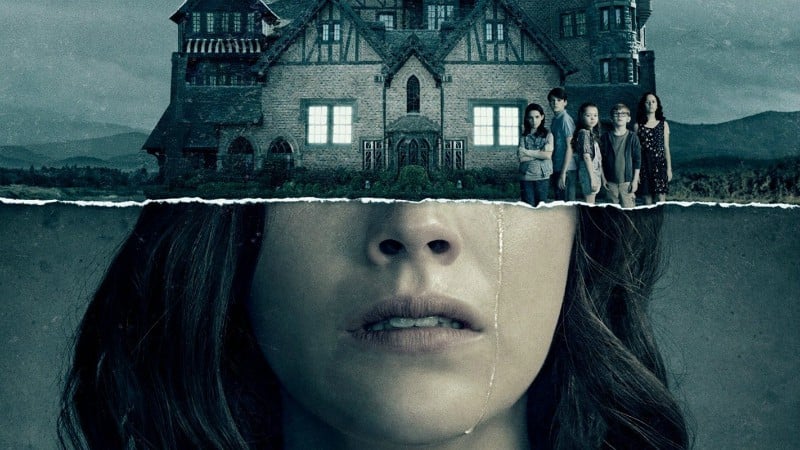 The story of this Netflix series directed by Mike Flanagan (veteran director of the genre, who has directed films like Oculus – The reflection of evil or Ouja – The origin of evil ) revolves around the inhabitants of Hill House, a strange house where they happen disturbing phenomena: strange visions, optical games, doors that close by themselves. Classic elements of the horror genre, you will think. Yet the show (which also includes Stephen King among its fans) is characterized by a compelling narrative and a good dose of unpredictability that make it one of the most terrifying in recent years.

The terrifying adventures of Sabrina 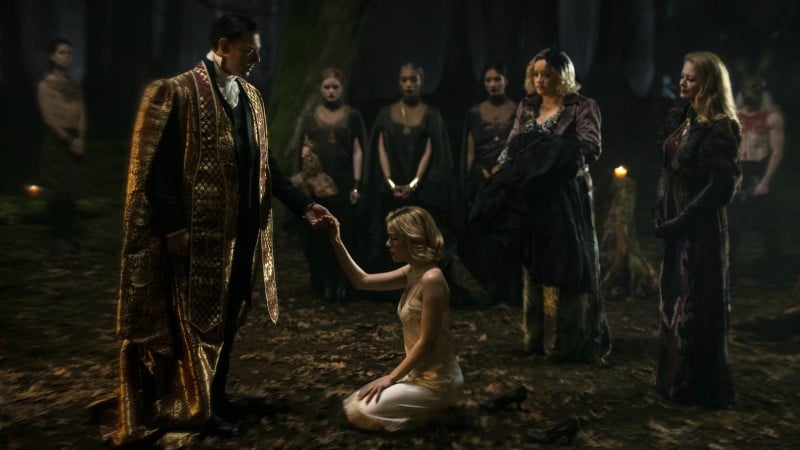 It may not be the most creepy on this list, but the TV series that tells the curious stories of the young witch Sabrina Spellman ( Kiernan Shipka ) is a great option to watch with that friend too cowardly to devote himself to watching more challenging horror. Don’t worry, in the series there is no lack of more gory elements such as hangings, cannibalism and dark spells. And it also deserves to be seen for the sympathy of Aunt Zelda ( Miranda Otto ) and Aunt Hilda ( Lucy Davis ), characters that are anything but trivial. 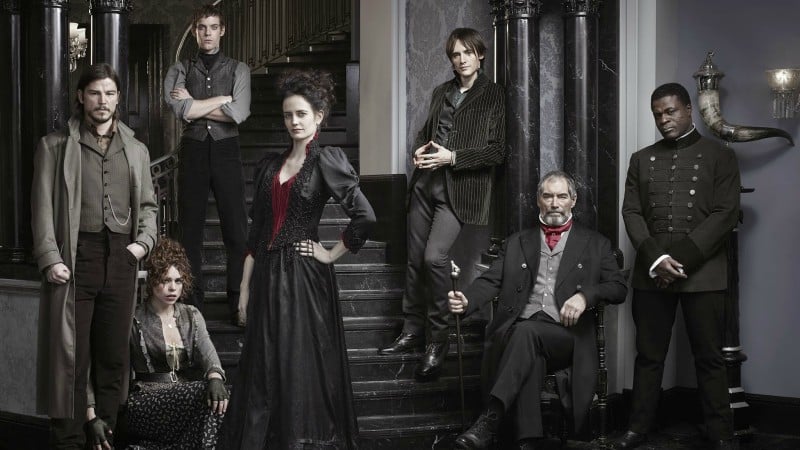 The perfect choice if you are looking for a TV series in which to trace the origins of characters from literature, such as Frankenstein, Dorian Gray, Dracula and the Phantom of the Opera. Penny Dreadful is set in Victorian London and Eva Green plays the psychic chasing supernatural creatures that haunt the city. Attention! Some scenes of demonic possession could really make you jump out of your chair. The adventures of a group of kids who in the eighties in an Indiana town have to fight against the frightening creatures of the Upside Down , between strange disappearances and dubious experiments, cannot be missed on Halloween night. A tip: to get completely into the spirit of the party, why not see episode two of the second season, the one in which it is the young protagonists who dress up and do “trick or treat” in the streets of Hawkins? 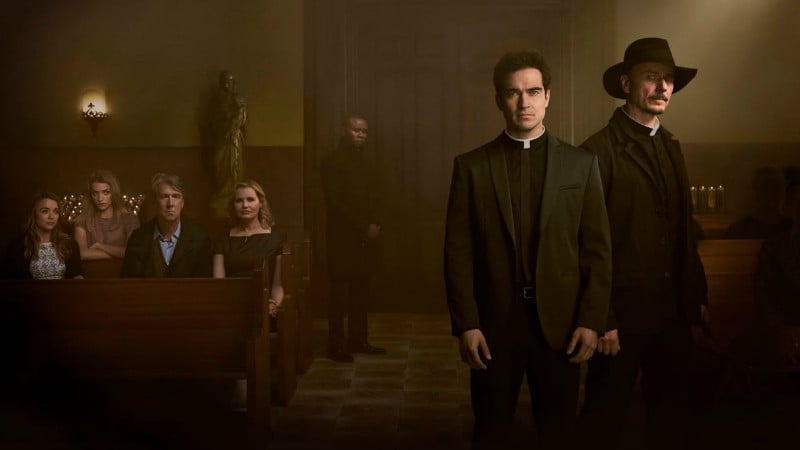 It is the television adaptation of the cult 1973 film The Exorcist and therefore cannot be missing from this list. It consists of two seasons, aired on Fox between 2016 and 2018. The plot does not depart from that of the film that inspired it: two priests ( Alfonso Herrera and Ben Daniels)  with very different personalities, assist a girl who lives with her mother Angela ( Geena Davis ) and sister Casey who seems to be showing signs of demonic possession. The eternal struggle between good and evil is the theme that unites films and TV series. But the setting nowadays makes the story more current and compelling. The TV series created by Guillermo del Toro aired for 4 seasons on FX. Combining horror and science fiction, The Strain tells of epidemiologist Ephraim Goodweather ( Corey Stoll ) and his colleague Nora Martinez ( Mia Maestro ) who are called to investigate the mystery of a scheduled flight whose passengers all died of unknown causes, except four. From this premise a series of terrifying dynamics develop: strange worms, corpses that disappear from the morgues, vampirism. To be seen as guilty pleasure. The post-apocalyptic series, based on Robert Kirkman’s comic book series of the same name, has forever changed the standards of the zombie horror genre nearly ten years ago. The Walking Dead pilot remains one of the most successful episodes in television history. If after ten seasons it is still on the air, it means that it goes beyond the horror genre, also creating empathy between viewers and characters. Obviously there is no shortage of creepy scenes. One of the most memorable? The final showdown between Rick ( Andrew Lincoln ) and Shane in the second season. 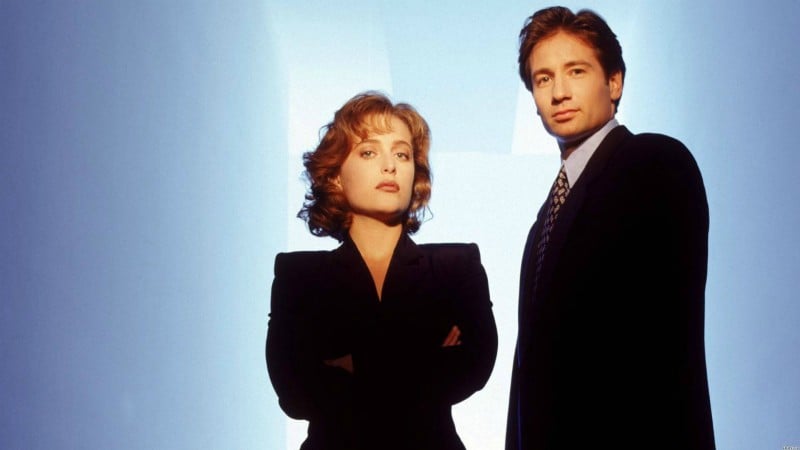 It would be enough just to start the first notes of the iconic theme song of the series aired between 1993 and 2001 (and then from 2016 to 2018) to create a climate of suspense and terror perfect for your Halloween night. The unsolved cases of agents Mulder ( David Duchovny ) and Scully ( Gillian Anderson ) confront you with all that is unknown, inexplicable and, therefore, terrifying. Impossible to remain indifferent.