Top 23 of the most beautiful cities in the world

Visiting the most beautiful cities in the world could be a great travel experience, if we have the means to do so. But you know here the problem is which one to exclude, given that there are thousands of wonderful cities in the world. In fact, travel having become much easier (besides these times of pandemic); many people can afford more than one stay per year.

However, after a while, it becomes more and more difficult to find the right destination. Indeed, identifying the most beautiful cities in the world is by no means easy, as there are really too many destinations. This is exactly why we have set principles for our selection. We first chose to exclude “special” destinations, such as the beautiful islands in the Indian Ocean or the picturesque villages in the Belgian hinterland. Following this, we offer you our top 23 of the most beautiful cities in the world to visit after COVID!

To establish the ranking, we have selected a group of 100 magnificent cities around the world; then, we asked a group of more than 10,000 users to indicate 5 preferences for each of them: the beauty of the landscapes, the historical heritage , the artistic and cultural aspect, then the wealth of leisure possibilities. In addition, their cleanliness and quality of tourist services. By analyzing the collected data, we were able to decree the most beautiful cities in the world!

Also discover: France: The Most Beautiful Destinations to Visit Absolutely Before the End of 2021! San Miguel de Allende in Mexico is one of the most beautiful cities in the world with colonial charm at 2000 meters above sea level , less than 100 km from Mexico City. In fact, we are in Mexico, but there are no beaches, no resorts … we are not in Cancun. The identity of this country lies in its colonial history, with architectures reminiscent of Catalan ones inserted into a 100% Mexican culture.

Mystery and beauty, monuments and churches, markets or rather Bazaar, the Turkish metropolis combines dream architecture with Middle Eastern charm, which smells of spices. Note that Istanbul is one of the most beautiful cities in the world, which you should not neglect. Bergen is Norway’s second largest city after the capital Oslo. Perhaps compared to the latter, it is even more “identitarian”, less cosmopolitan, more linked to the origins of Nordic culture. Called “ Gateway to the Fjords ”, it is an extraordinary mix of mountains, ports, music and culture.

Cairo is one of the most beautiful cities in the world, and one of the oldest in the world born on the banks of the Nile. It is probably the point of reference for lovers of ancient history and; of course, from ancient Egypt, with everything that revolves around it: mysteries, pyramids, sphinxes and hidden treasures.

Not to be missed: the necropolis of Gizeh and its 3 great pyramids ( Cheops, Chefren, Menkaure ); the Great Sphinx, the Egyptian Museum , the Alabaster Mosque and the Coptic Quarter. 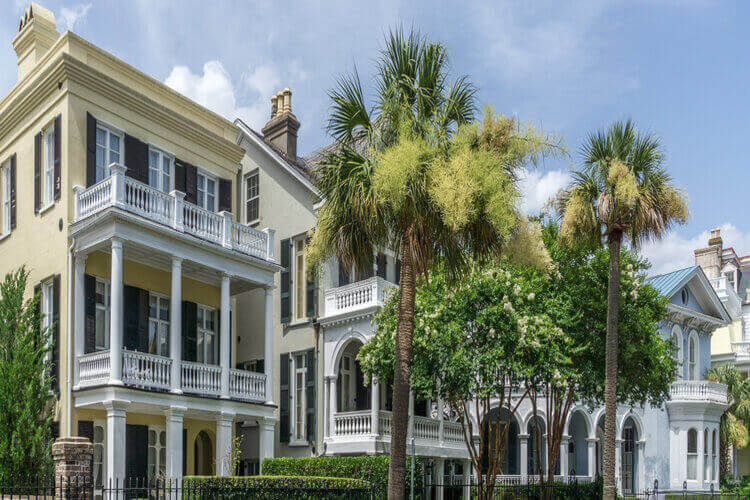 We traveled back in time to the pre-industrial revolution: horse-drawn carriages, cobbled streets, pastel-colored buildings. In the “ Holy City ” you can breathe southern hospitality, embraced by a small gulf in the Atlantic Ocean. From its “ Downtown  ” (the center) to the French Quarter, passing by the Cooper and Ashley rivers. Note that it is impossible not to fall in love with this city; because it is one of the most beautiful cities in the world that is full of enough things that you will certainly love.

Quebec is one of the most beautiful cities in the world and also fascinating in the gigantic Canadian state. Perched on a rocky hill and crossed by the San Lorenzo river, it is divided into the upper town and the lower town. In 1985, it was listed as a UNESCO World Heritage Site: visit its Citadel and the Château Frontenac hotel , you will understand why. 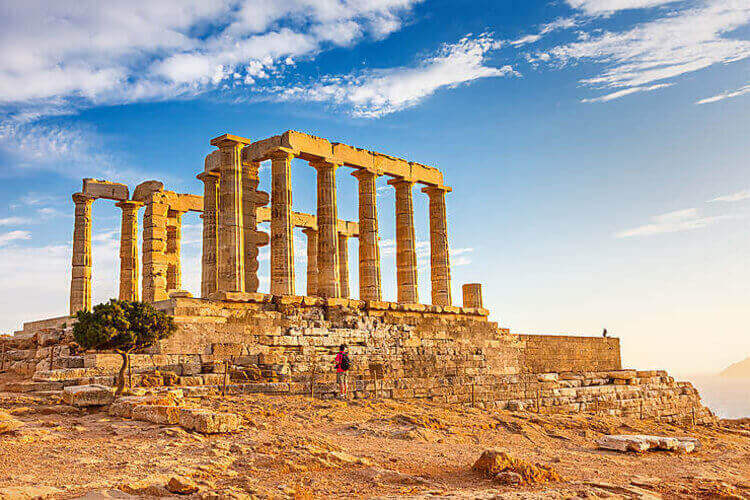 Democracy was actually born in Athens as well as politics. Many things originated there. We are at the cradle of Mediterranean civilisation  ; a city where the weight of history is likely to create an echo without borders. Although the economic situation is not prosperous, Athens remains an essential point of reference for those who love ancient history. But also for those who don’t like it.

New Orleans is one of the continent ‘s most fascinating destinations for stars and stripes , the birthplace of blues and jazz; with a troubled history still indissolubly linked to the first slave routes from Africa . Even Hurricane Katrina of 2005 failed to erase its soul, which is revealed in the French Quarter; at the Café du Monde, even in its famous cemeteries! And it’s even the city of ghosts and voodoo… Kyoto is the city of 1000 temples; it is the former capital of Japan, where you can discover the soul of the oriental country in its quintessence. From Buddhist temples to Geisha quarters  ; Kyoto, unlike the capital Tokyo, is a city to live slowly, a city to breathe deeply.

Not to be missed: the Kinkaku-ji (the golden pavilion), the Nishiki market , the Fushimi Inari Taisha shrine , the temple of pure water (Kiyomizudera).

More than a city on a human scale, we would define it as “ fit for kings, queens and princesses ”. Vienna cannot (and should not) ignore its imperial past, as it was the residence of the Habsburgs  ; but being at the same time the city of Klimt and the Sacher Cake . For that, if you can spend your weekend time in Vienna, you will feel like kings, queens and princesses. 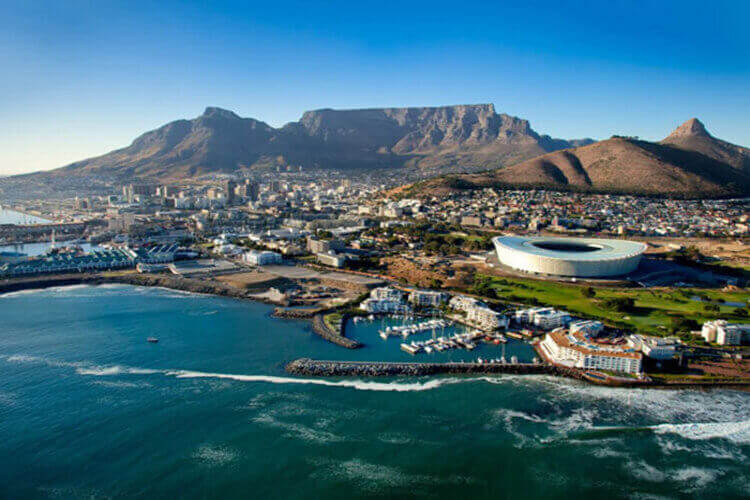 Cape Town in South Africa is the port city on the slopes of Table Mountain. It is a favorite destination for surfers, lovers of adventure, African history, photo safaris. It is also the city of Nelson Mandela and the island’s Robben Prison , the ” Big Five  ” and the Cape of Good Hope; a reserve inhabited by ostriches, baboons, warthogs and other strange animals!

Not to be missed: the beaches of Blouberg and Boulders Beach , Robben Island , Table Mountain , Kruger National Park .

Pearl of the Tuscan region, Siena is still linked by its architecture and its soul to its medieval identity. It is the country of the Palio, of good wine, but also of museums and art galleries. Only minutes away is even the legendary Sword in the British Memory Stone and; in general, the surroundings are also spectacular.

Not to be missed: the Duomo, Piazza del Campo, the Medici Fortress and the Italian Enoteca, Montepulciano and Montalcino. 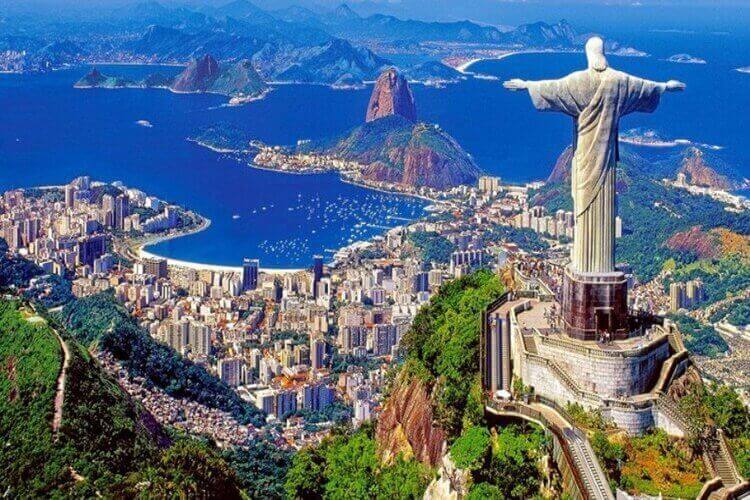 It is the city of Carnival, of Copacabana and Ipanema beaches, of Monte Corcovado and of Christ the Redeemer . Indeed, Rio is one of the most famous cities in the world; you can visit it to experience more comfortable moments than you can imagine. Moreover, it is a gigantic city (about 6 million inhabitants), it is also known for its favelas  ; but also for football and Tijuca National Park . A life is not enough to know her, but a moment is enough to love her!

Not to be missed: Statue of Christ the Redeemer , Copacabana and Ipanema Beaches, Mount Corcovado , Sambadrome , Maracana Stadium , Sugar Loaf.

Sydney , Australia’s largest city, will take comfort in being at the top of the list of the most livable cities in the world; while its beaches, its Harbor Bridge and the Opera rank in tenth place!

In fact Venice is the second Italian city in the special ranking, and could not miss the most romantic city in the world . Its lagoon and its carnival, its gondoliers and St. Mark’s Square, are arguments that would suffice on their own; and who made it a UNESCO World Heritage Site.

Prague in the Czech Republic

Prague is the Czech capital and is for many at the top of other rankings, precisely those of the cities with the most beautiful women in the world . But Prague also has a historic center classified as a UNESCO heritage site, it was the capital of the Holy Roman Empire , and the old town where the night is a daydream! The San Francisco Bay Area is an economic, financial, cultural and artistic center. It is one of the most beautiful cities in the world, also famous among other things for the Golden Gate Bridge; skyscrapers such as: the Transamerica Pyramid and the Millennium Tower, and parks such as Golden Gate Park. It is also linked to key characters from the ‘ Beat Generation ‘, such as Jack Kerouac and Allen Ginsberg.

However in this city you cannot miss the mother of the Renaissance, the homeland of Dante Alighieri, the cradle of art and architecture . Like that, whoever says Florence says Leonardo da Vinci , Michelangelo , Raphael, Botticelli  ; says the Uffizi Gallery. Thus, being one of the most beautiful cities in the world, it will continue to give a honeyed life to visitors who want to relive their vacation stays.

But how could Rome Caput Mundi miss in the ranking of the most beautiful cities in the world. It is, in fact, the absolute center of the ancient world, a city where every corner shines with its own light. The Colosseum is part of the 7 wonders of the modern world, comprising monuments that are the tracks of the history of Rome. We are in the top 5, among the elite of the most beautiful cities in the world: and here is Barcelona, ​​is the city of Gaudì and the Sagrada Familia, Parc Guell and Montjuic. But also Las Ramblas, and why not the Camp Nou football temple. It is in fact, on the Barcelona stadium that we awarded the Golden Ball to Leo Messi!

London in the United Kingdom

London is the cosmopolitan city par excellence, which rises to the lowest step of the podium. It is a city of parks, the European capital that dictates trends and is itself a trend. It is considered to be: the city of red double-decker buses and the “changing of the guard”;  » the largest in Europe, the city of Tower Bridge, the Queen and Pink Floyd . In fact, the cities of Manhattan and the Bronx take second place. New York is the city of paradoxes , one of the most impressive skylines in the world, and having the Statue of Liberty. It sets the city ablaze from the Empire State Building, Central Park, and the Metropolitan Museum.

Paris in France: the most beautiful city in the world

Here we are finally at what, according to the travel community, is the most beautiful city in the world. Paris is a muse of writers, singers and artists, capital of fashion and elegance; it is an extraordinary melting pot of culture, history, traditions and legends. Here we can mention: the Eiffel Tower at Mont Martre, from Notre-Dame Cathedral to the Louvre ; but at Père Lachaise there is even Jim Morrison.

Amazing places to see in Vitoria

What is the best time to travel to India?

The best beaches to go on vacation in Mexic